Today we woke up at 7:30a, got ready and ate or continental breakfast at the hotel. We then packed up our car and headed off to Svartifoss. 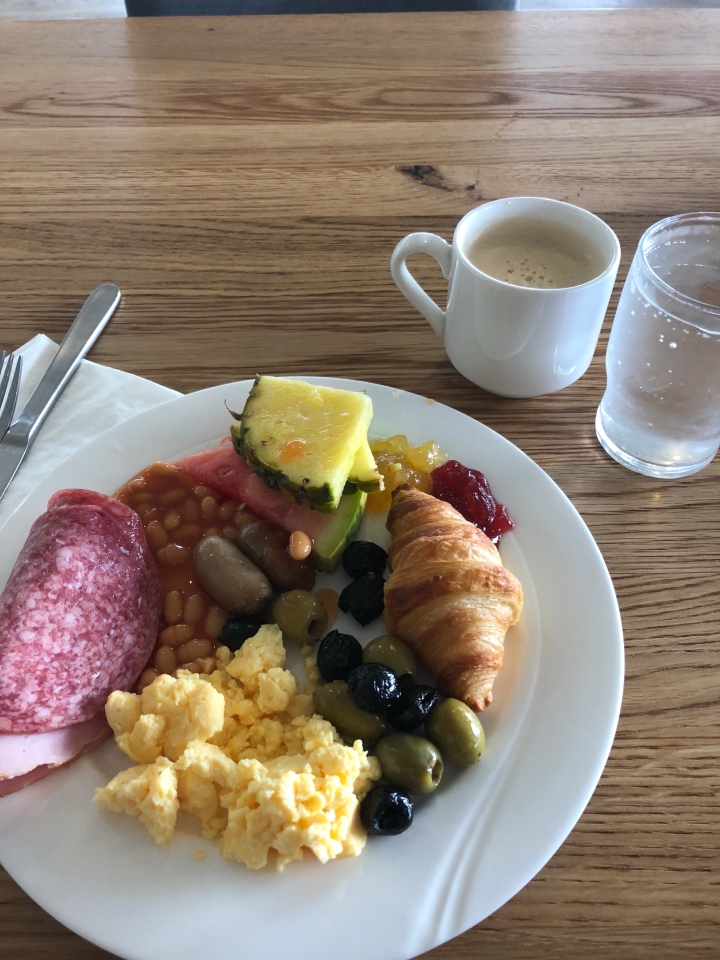 This waterfall was inside one of their national parks, and was a 1.8 km hike, or 45 minutes walk. The trail was steep but had this awesome plastic trail that kept you on track. After climbing (and I truly mean climbing) our way to the top of this mountain, we finally saw Svartifoss in all its glory. It was absolutely stunning and Jay and I climbed up it’s rocks to get some photos before getting back on the trail. Mom decided to go back to the car at this point, so dad, Jay and I completed the loop of the trail, while finding an amazing lookout point at the very top, where you could see all the way to the ocean, its two glaciers that spilled down the sides, and the snow-capped mountain tops. It was such a crazy scene!

After the trail hike, we drove 45 minutes to Jökulsárlón, an iceberg lagoon. Now this was one of the best parts of the trip so far. You walk up these sandy mounds and on the other side is this breathtaking water and icy blue icebergs floating all around. It was exactly what you would think of when you hear the word Iceland. We even got to see a seal swimming and diving into the water between the icebergs. 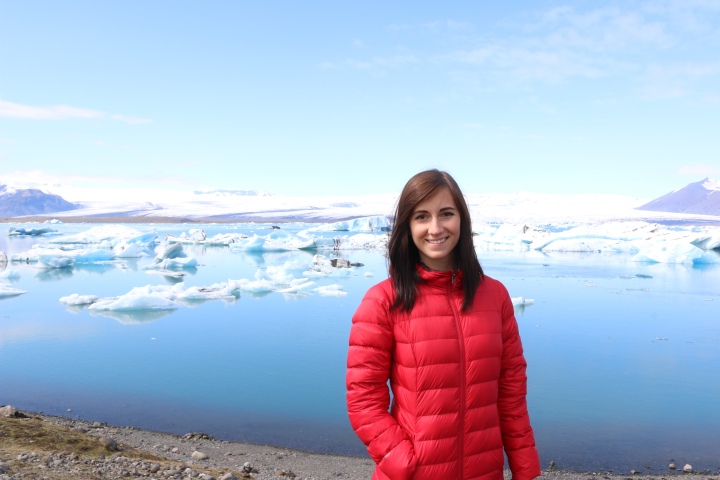 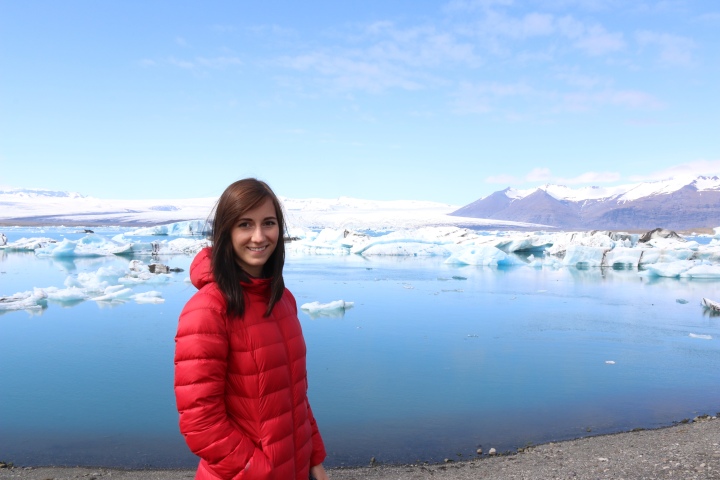 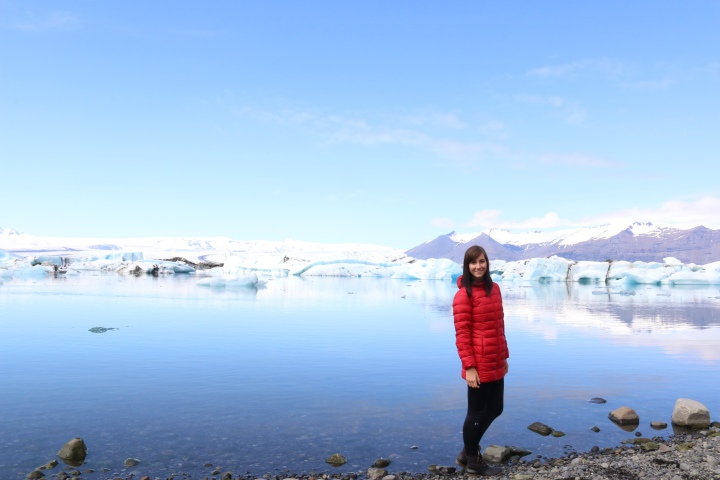 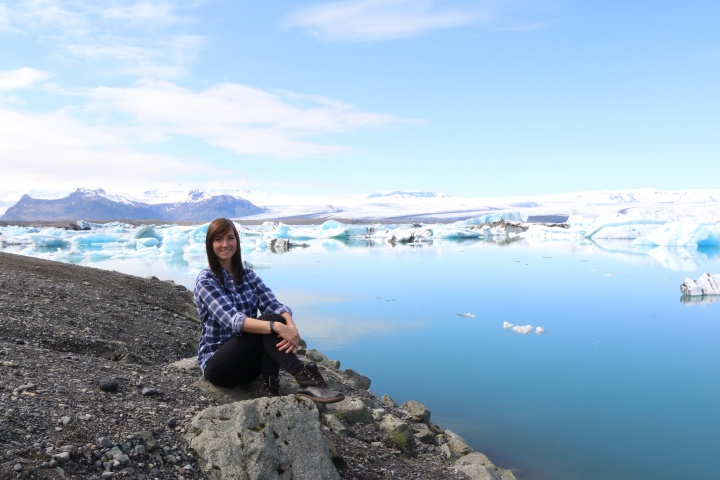 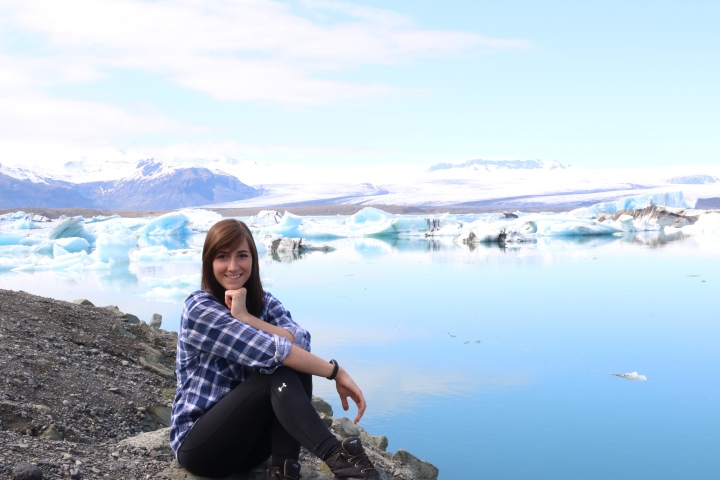 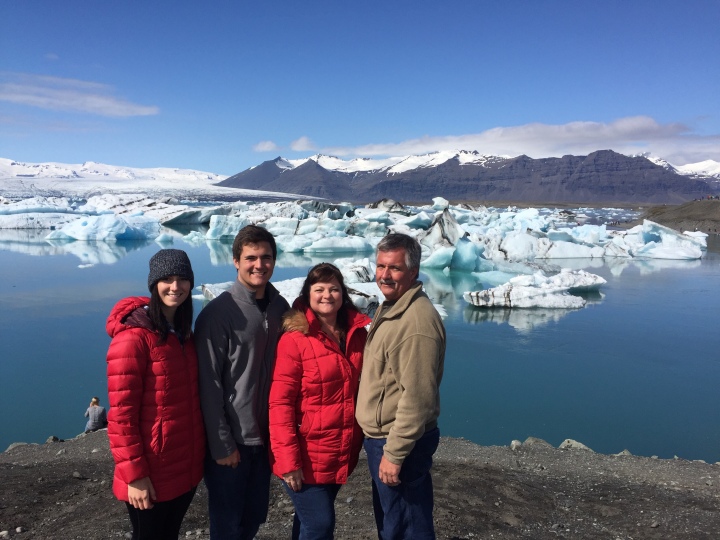 Across the street from Jökulsárlón is Diamond Beach, where all the broken iceberg pieces spill into the ocean. Now this was awesome as you could touch all the pieces that wash up onto the black beach; it looks like clear diamonds sparkling in the sun against the dark black sand. 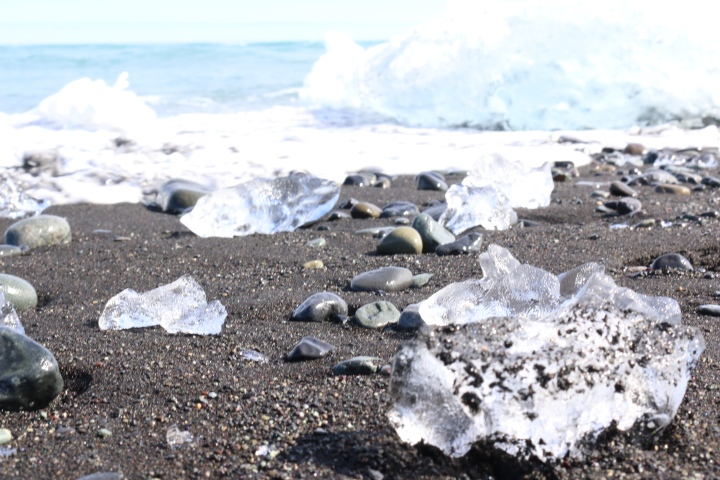 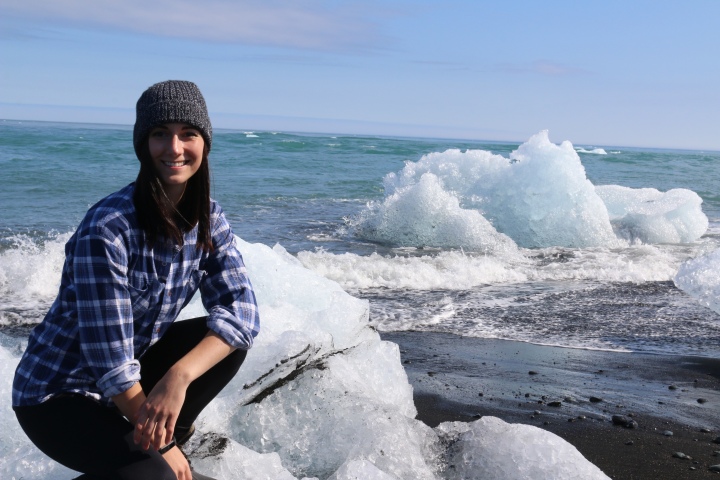 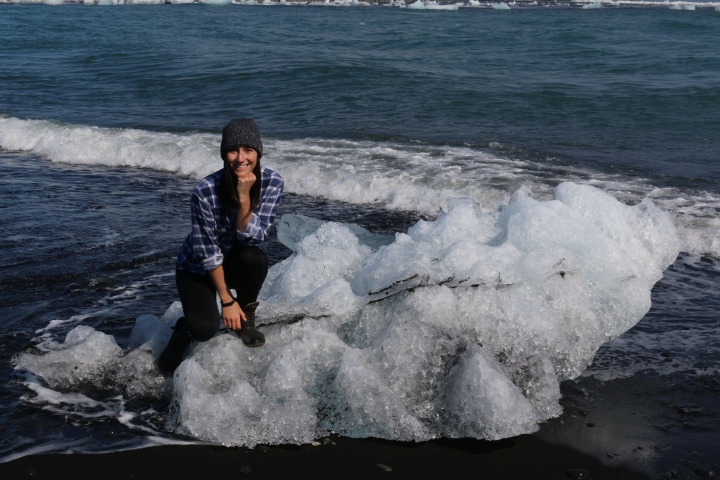 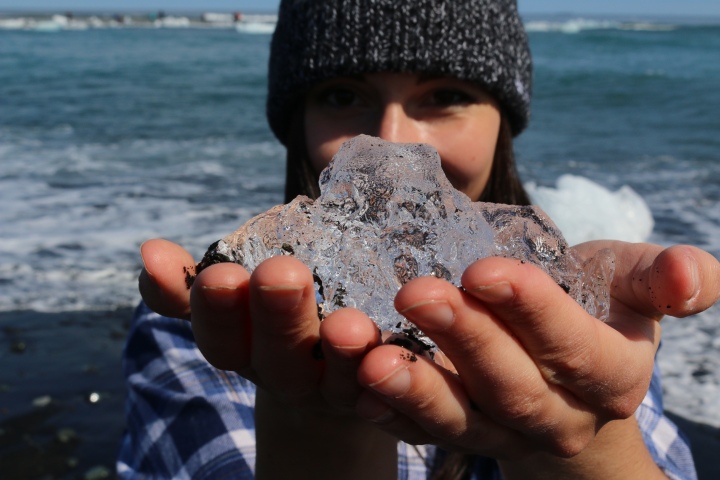 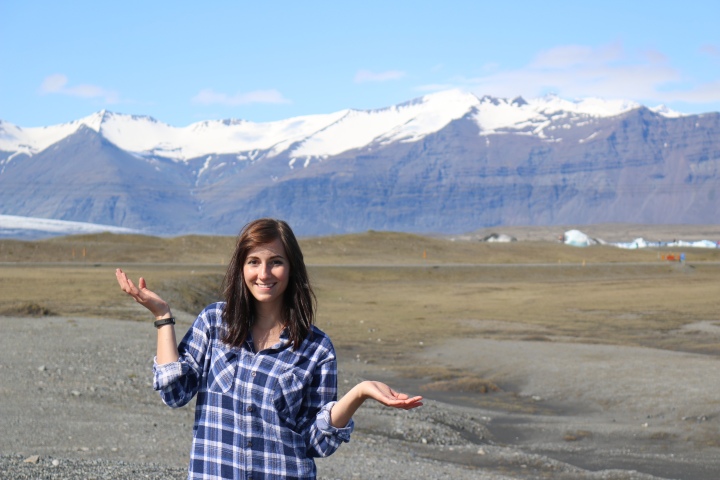 Afterward, it was just a long afternoon of driving the west coastline of Iceland. In and out of coves, no people and just the occasional car. It was beachfront at one point, fog at another, then a canyon full of waterfalls. The scenery is everchanging but it made the drive bearable as we would see something new around every corner.

Our second Air BNB for the week is at the Safari Horse Farm (haha!). We are in the upstairs of their home; a renovated attic more or less, but it is all modern inside. 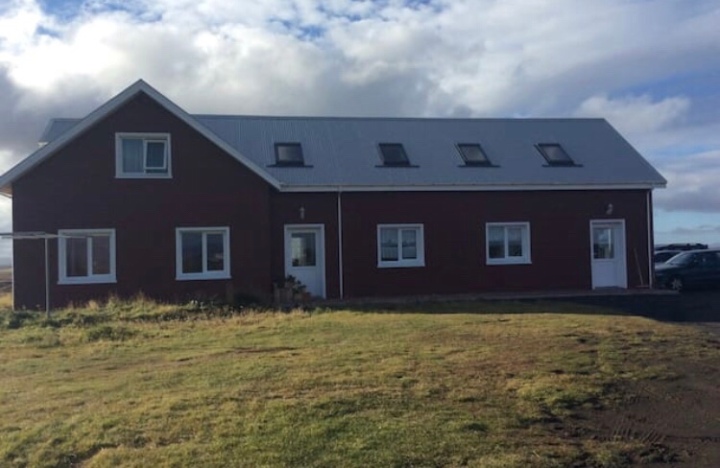 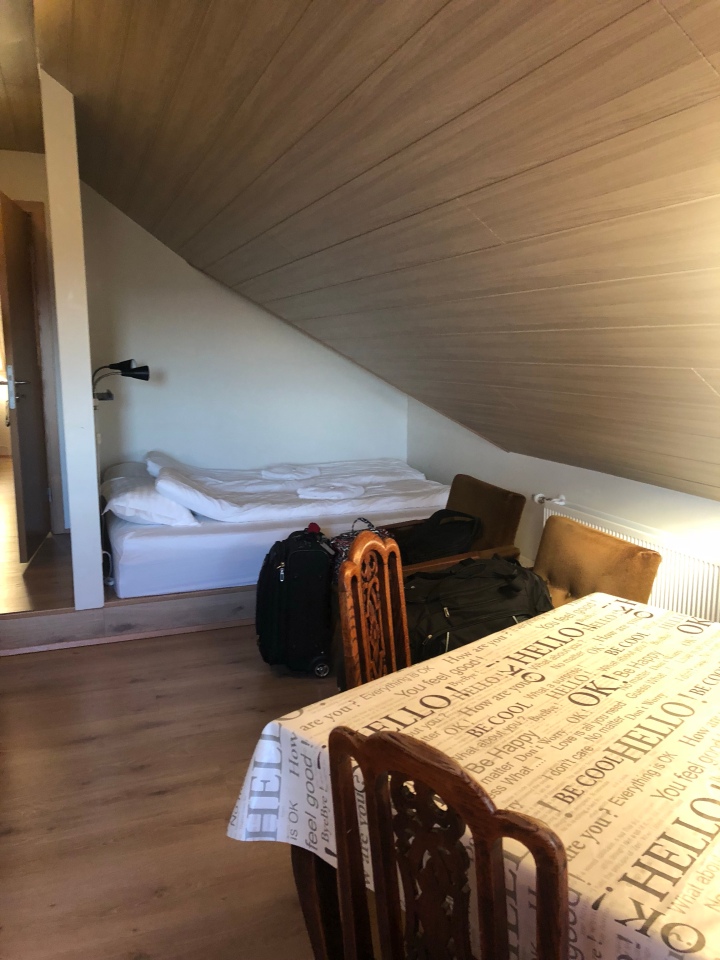